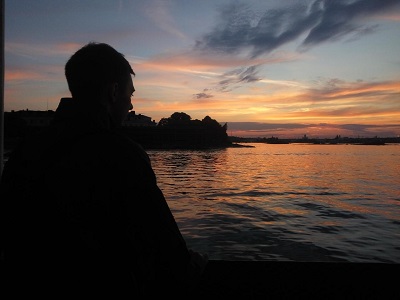 With the spread of coronavirus, it became of crucial importance to analyze which narratives are used to talk about the problem. Whether one of war, the end of the world, or conspiracy, narratives have the capacity to frame and determine the perceptions of the phenomenon. Levi R. Bryant was among the first major intellectual figures who, in his essay “A World Is Ending,” introduced the narrative of the globality of the epidemic and referred to it as the planetary problem. Although the globality of the pandemic is not to be disputed, the implications of the planetary narrative glimpse onto kinds of dynamics that made many intellectuals claim the meaninglessness of a great degree of COVID-19-prompted interventions.

Spreading in accordance with an assigned narrative, the supposed planetarity of the COVID-19 deeply entrenched itself in the rhetoric of theoreticians and went largely unquestioned. What contributed to the installation of planetary narrative was also the fact that the vast majority of academics shared a similar experience of the pandemic. The similarity of personal experiences to that of colleagues, confirmed throughout Zoom conferences and publications, made many believe in the universality of personal observations, and draw over-generalizing conclusions. Such framing created the impression that the quarantine measures, isolation, closing borders, massive production shutdown, as well as new emerging forms of radical solidarity, care, and engagement with the local community are universally appealing.

Bryant’s first reflections on the pandemic through the narrative of planetarity, coupled with the assumed universality of effects of the virus, have led him to suggest that the pandemic provides an opportunity to rethink the notion of “we,” precisely because of virus-produced commonality. He suggests that “we” should emerge as all-encompassing. That the virus allows us to construct the notion of “we” that would not rest on the opposition to “they.” And this “we” would arise from precisely the appearance of a universal experience that cuts across both sides of the dichotomy. However, the proposed trajectory collides due to the discrepancy of the experiences and pandemic-associated processes of those Bryant refers to as “we” and “they.” This discrepancy renders the attempt to proceed beyond binaries ineffective and exposes the inherited problem of the planetary narrative because there appears to be no experience appealing enough for a commonality to emerge. It reproduces the dichotomy by means of instrumentalization and reduction of “they” to a mere mirror-like object acted upon. “They” is expected to perform a function of background “in the face” of which the new “we” is to arise.

The grip of the planetary narrative manifested itself in the reflections drawn from the corona-caused digitization of social processes. One of the main features of the COVID-19 pandemic was the emergency relocation of work and study to people’s homes. It became an occasion to speculate about the increasing role of a digital subject at the expense of the decreasing role of bodily presence. However, the role of the body and its spatial presence returned with a vengeance. It is precisely the bodily geographical location that had become the decisive factor for the kind of experience of the pandemic a person has. A human body and its spatial location turned into both new and old criteria for separating “we” from “they.”

In an attempt to provide a sketch of the desired-for emergence of new radical solidarity, Jedediah Britton-Purdy in his text “The Only Treatment for Coronavirus Is Solidarity” produced another slogan through the narrative of planetarity: “an injury to one is an injury to all.” However, this sketch loses its potential when contrasted against the same old heavy border walls. What is presented as a new form of radical solidarity is unable to penetrate the decades-old obstacles. This dynamic appears to be the reason why many thinkers expressed deep disappointment in philosophy. In times of urgency, philosophers managed to produce little insightful reflections but rather speculated in an attempt to accumulate academic capital. At the same time, the enthusiasm about the new forms of radical solidarity started to fade away. It became apparent that as the pandemic is getting localized and taken under control in a number of European and Asian countries, the rhetoric of “an injury to one is an injury to all” will eventually return to applying only to those on the inside of the impenetrable border.

Mark Cinkevich is an interdisciplinary researcher from Belarus. His field of research includes critical infrastructure studies, media theory, postcolonial studies, studies of subjectivity and the body, theory of monstrosity.