Dancing to the Rhythm of a Geiger Counter: Modern(ist) Narcissism and the Anthropo(s)cenic Shock

In 2011, the biggest nuclear accident since Chernobyl took place at the Fukushima Daiichi nuclear power plant in Japan. Soon after the nuclear accident, a video appeared on YouTube in which a rogue power plant worker walked towards one of the site’s CCTV cameras and pointed to its centre while watching his own image being streamed live on his smartphone. Despite it clearly being a reinterpretation of Centers, the 1971 performance by Vito Acconci, this essay argues that the Fukushima reenactment not only questioned the cultural paradigms that grounded Acconci’s original gesture, but also signaled the urgent need for humankind to reconsider its own ontological and epistemological grounds in the face of imminent extinction. By comparing Vito Acconci’s Centers with its Fukushima reenactment, the essay tells the history of Modernity and of its failure as a project of human emancipation, grounded on a fantasy of human mastery of ‘Nature.’

Title (English): Dancing to the Rhythm of a Geiger Counter: Modern(ist) Narcissism and the Anthropo(s)cenic Shock

Citation (English): João Florêncio, “Dancing to the Rhythm of a Geiger Counter: Modern(ist) Narcissism and the Anthropo(s)cenic Shock,” Identities: Journal for Politics, Gender and Culture, Vol. 10, No. 1-2 (Summer-Winter 2013): 111-122. 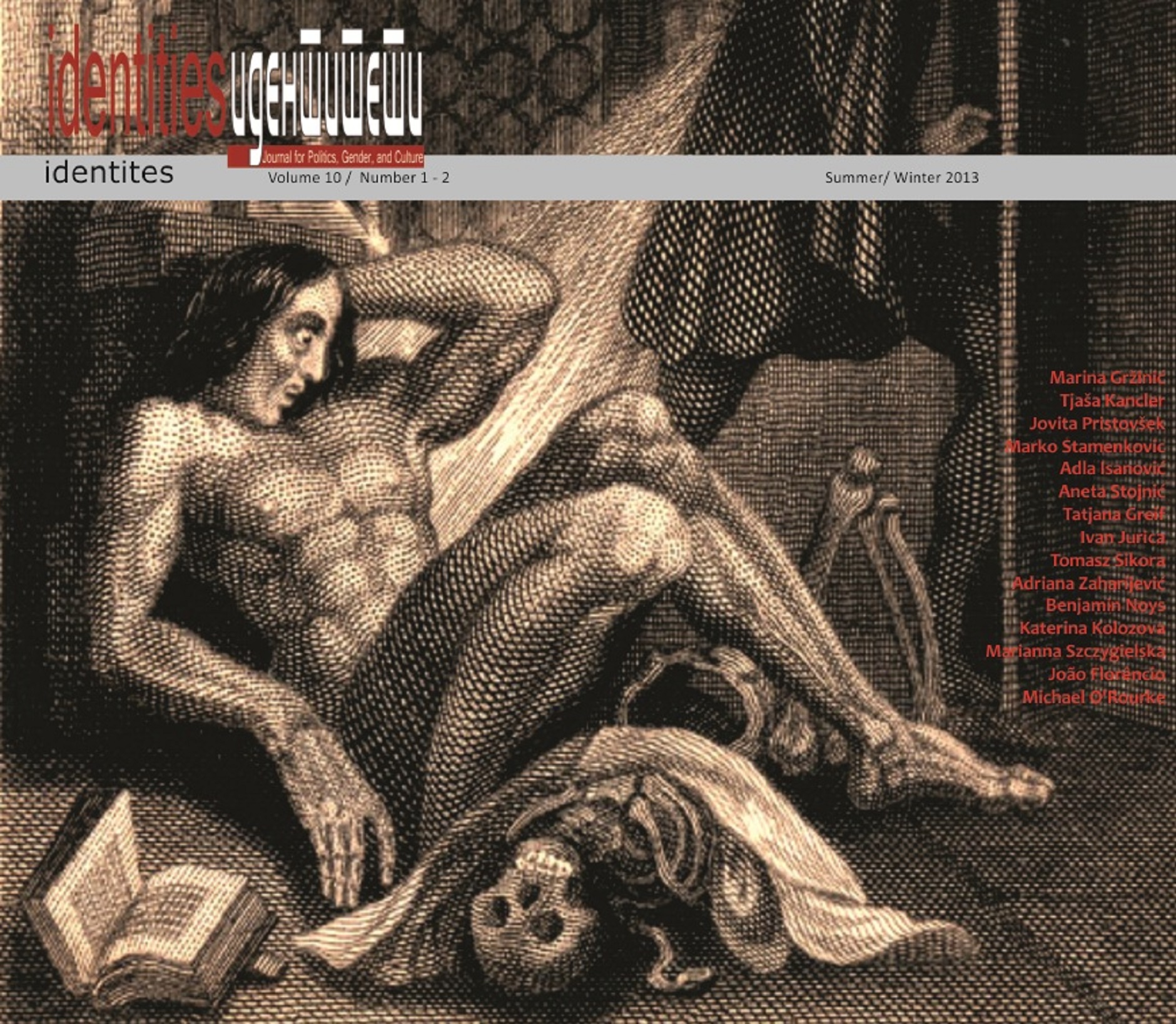