Writing Theory During a Pandemic by João Florêncio 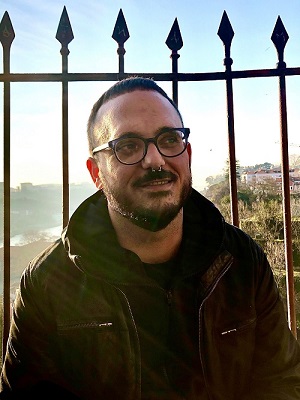 Soon after the COVID-19 pandemic reached Europe, triggering a variety of national public health responses throughout the continent, several theorists and philosophers started publishing texts online and in printed media, trying to make sense of what had become a planetary public health event due to the scale of its geographical reach, its global real-time mediation and the more or less concerted responses from national governments and public health authorities. From the already infamous debate between Giorgio Agamben, Roberto Esposito, Jean-Luc Nancy and others on the biopolitics of state responses to the pandemic, to The New Centre for Research & Practice’s series of Zoom conversations entitled “Sheltering Places: Thinking the COVID-19 Pandemic,” or “The Losers Conspiracy” - Paul Preciado recent piece for Artforum - Arts and Humanities scholars have been quick to respond to what is very much a fast-developing and still-ongoing situation with as yet no clear end in sight.

Whilst debates immediately ensued on social media concerning the latest position on the topic advanced by this or that writer, some academics on social media were quick to declare their outrage at the fact that some of their peers had jumped on the COVID-19 bandwagon (as it were), supposedly with the sole aims of developing their public profile and profiting from a public health crisis. To them, the present times of COVID-19 ought to be an opportunity for us to somehow inhabit the reality of the present, to forego all attempts at theorizing it, and to leave all the knowledge production on the pandemic to the “legitimate” voices of scientists and medical authorities. Illness and pandemics, we are seemingly being told, ought to remain the exclusive object of study of STEM (Science, Technology, Engineering and Mathematics) researchers. If they are ever to become objects of the Arts and Humanities, they should do so only once they are no longer present and have thus moved into the climate-controlled rooms of that archive we’ve learnt to call “History.” Thinking during an epidemic, it would seem, is an obscene undertaking and thus the solution offered to what is being framed as an unethical practice is to become suspended in a state of unthought.

Yet, for those of us who have come of academic age by means of ways of living, of thinking, and of forging desires, bodies and pleasures that have broadly fallen under the umbrella of queer, such a call for intellectual inaction and for a suspension of all theorizing during a pandemic comes across as deeply shortsighted. As anyone with a minimal understanding of the history of the HIV and AIDS will know - and by no means am I trying here to build an equivalence between SARS-CoV-2 and HIV, for there is absolutely no equivalence to be made either in terms of mortality rate, social stigma, or the time it took governments and the scientific research community to respond to each epidemic - it was our ability to think through AIDS as it was happening and people were dying that allowed us to forge informal networks of care, to congregate as a critical mass demanding political action and research funding, and to target and work towards dismantling all the stigmatizing constellations of meaning that had been coalescing around HIV and those living with it. Most importantly, it was our refusal to stop thinking during that epidemic that allowed us - theorists and activists-cum-amateur epidemiologists and virologists - to develop risk-management strategies when the official guidelines insisted that the only way we could survive what scientists themselves started by calling “Gay-Related Immune Deficiency” was to cease and desist from all homosexual and non-monogamous forms of sexual intimacy. Further, it was the eventual coalition that formed among medical doctors, activists, patient groups and theorists that led the fight against HIV and AIDS to reach its current state. Today, thanks to that cross-disciplinary coalition work, antiretrovirals have been developed that allow both the successful management of current infections and the prophylaxis of new ones, and free universal access to those combination drug regimens around the world has now become the next urgent item on the agenda.

The histories of - and cultural responses to - the HIV epidemic, which so fundamentally co-shaped the histories of various oppressed groups (not just white gay men), highlight the value of the Arts and Humanities for thinking not only bodies, health and disease, but also the various political, economic, and social formations in which biomedical events emerge and develop. In the case of COVID-19, and as Tim Rhodes, Kari Lancaster, and Marsha Rosengarten have recently claimed, the current media and public thirst for mathematical models of the pandemic highlights a case of evidence no longer being used, as before, to show the present state of a disease. Instead, COVID-19 evidence produced through modelling is now functioning as “potentials and as not yet knowns… evidence is produced which potentiates an action, even in the absence of knowing.” Therefore, “what constitutes ‘evidence,’ ‘evidence-based decisions,’ and even ‘science,’ are open to revision.”

That characteristic of the COVID-19 pandemic - how it has been mediated, understood and communicated to citizens - raises important questions that are of concern to Arts and Humanities researchers because they have to do with how knowledge of disease is produced, circulated and acted upon in ways that exceed the traditional domain of STEM disciplines. A case in point is the set of institutional reactions to the forecasts presented by the mathematical models of the pandemic. Whilst actions indeed needed to be taken in order to contain the spread of the infection and reduce the number of deaths, the “neutral” information conveyed by epidemiological forecasts was already seized and instrumentalized to justify and secure the implementation of measures that - one would hope - could hardly be accepted under non-exceptional circumstances. Most worryingly, several of those measures implemented by different governments were brought in without a clear end date. Whilst in countries like Portugal, where a state of emergency was declared which, amongst other things, suspended workers’ rights as well as the rights to private enterprise and private property, the Constitution limits states of emergency to 15 days after which revision and re-approval are needed, in countries like the USA, the UK or Hungary the situation appears to be much different. In London, Boris Johnson started by calling for eugenics by putting his hopes on a crassly misunderstood notion of “herd immunity,” only to then implement a series of limitations to rights which – worryingly - may continue to be invoked beyond two years, leading human rights organization Liberty to call it the “biggest restriction on our freedom in a generation.” In Hungary, on the other hand, parliament has just passed a bill that gave Prime Minister Viktor Orbán the power to rule by decree with no end date, while in the US states of Washington and Alabama, neurodiverse people may not pass the triage system for access to ventilators, with scholars worrying about the clash between civil rights and the hyper-rational utilitarian logics of eugenics sustaining some of the decisions being taken.

Similarly, around the world, contingency measures are being implemented in work places - in factories, service industries, universities, etc. - which are accompanied by suspicious language that hints at the pandemic having been seized as an opportunity to, without consultation, bring in radical changes to how we work that may well last into a post-COVID-19 future. Or, at the level of the European Union, confrontations have already been taking place between the governments of Italy, Spain, France, Portugal, Greece, Belgium, Ireland, Luxembourg, and Slovenia, and those of Germany, Austria, the Netherlands, and Finland, on the former’s request for EU bonds to be issued as part of a collective financing of the EU response to the pandemic, and the latter’s strict aversion to debt and preference for each EU member to go at it on its own. Meanwhile, we are all being asked to stay home, only being allowed out with people who live in our households - a request that completely ignores the millions of people around the world who live in unconventional relations of kinship, who inhabit networks of care, friendship, love, and intimacy that aren’t contained by the model nuclear family being invoked in our governments’ demand for self-isolation - those of us to whom such networks of care, friendship, love and intimacy are indeed a fundamental part of what we see as a life worth living. All these are political, social and cultural matters that cannot be grasped through an uncritical reduction of the COVID-19 pandemic to the realm of “Science” and to the knowledge - important as it certainly is - of epidemiologists, virologists, and mathematicians.

Over two decades after Paula Treichler wrote the landmark book How to Have Theory In an Epidemic - a critical reflection on the intertwined clinical and cultural dimensions of the AIDS crisis - some academic colleagues, even some in the Humanities, appear to still insist that no theory can be produced about an epidemic during an epidemic and that all we should do is wait for our turn. In so doing, they unwittingly endorse the right-wing narrative that, over the last few years, has been painting the Arts and Humanities as useless disciplines led by “radical lefties” intended on using public funds in order to simply be a nuisance to the status quo. According to that narrative and its technocratic neoliberal ideology, the only useful knowledge is the knowledge of “Science.” Yet, as the responses to COVID-19 are already showing - as the responses to AIDS had already shown - and as any medical humanities scholar will confirm, no epidemic is a purely medical event capable of being solely understood by means of graphs and data sets. It is there - it is here, today - that the Arts and Humanities can (also) show their worth. It is there - it is here - that, rather than exiting stage-left waiting for the brighter days when we will (hopefully?) be allowed to continue doing our work, we should instead be joining in with the public, with our students, and with colleagues in STEM disciplines, all working and thinking together through this pandemic and towards the kind of society and planet we want to become.