Theory in a Pandemic by McKenzie Wark 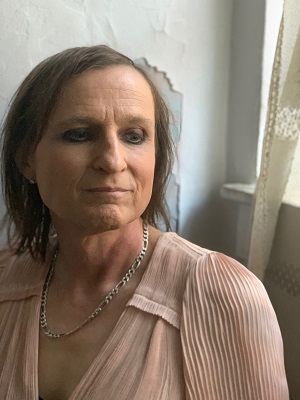 I hesitate to write anything directly about the COVID-19 pandemic. Certain pronouncements by theorists whose work I read have not gone over well. They mostly seem to take the form of attempts to demonstrate why the pandemic proves them right. It seems foolish to make such claims. And not foolish in the good way. I wash my hands of them.

So what’s a theorist to do? One can look at precedents. A precedent that is ready to hand is the AIDS pandemic. Sure, it’s a very different pandemic, but there are still things to learn. One is that the critical response had an urgency to it, but that good work took some time. It took a while to identify the situations in which theory could articulate what was at stake and where its interventions might matter.

Another is that good theory doesn’t try to be sovereign over other kinds of knowledge. In that case, theory could have an interstitial role, showing the gaps and tensions between languages: of medicine, of the state, of the pharmaceutical industry, of activist groups, of gay culture, of homophobic culture, and so on. Theory as a kind of practice had to find its place among other practices.

There’s a limit, however, in approaching the place of theory in the world of COVID-19 on the basis of previous events that it might resemble. Perhaps what is most significant about an event is that if it is an event, what is eventful about it is that it does not resemble other events much at all. Engaging with it on the basis of precedent finds the ways in which it is like a past event, but might miss what is novel about it.

This need not leave us with no resources, however. It just means that the knowledge that theory brings to bear might be of a particular kind. The event might be unprecedented, but we have the precedent of other unprecedented events. We have the precedents of others who found ways to respond that drew on the capacities of concept-creation to equip us with tools of thought that are better than throwing up our hands in resignation or terror.

Theory does not create concepts on its own. Theory is a practice in language that seems to work best when it works alongside other practices that do other things. Again, the theory of the AIDS pandemic is actually a good parallel here. The best theorists did not give up theory to become activists. Frankly, not many theorists are all that good at organizing. Let’s not kid ourselves about our talents. But the best, meaning most useful, theory was written by those who participated, often in modest roles, in the collective work of responding to the pandemic.

If one is not suffering from COVID-19, one is suffering from life in this world, in this situation, in general. One might just be more exposed to that suffering now that one’s various distractions and daily struggles have all been disrupted. One has to admit frankly here that it is something of a privilege to be having this confrontation with one’s life. But isn’t theory always the product of some privilege? Rather than wring our hands about that, let’s just try to use it wisely.

It may seem perverse to ask, when life seems so bad, just what the good life could be. But maybe it is exactly the time to ask. Are we to endure all this just to put the old order back on its feet again? Particularly since we know that the old order is implicated in not only the pandemic but the multiplying signs of the unsustainability of this world as currently configured.

Theory, to me, is a kind of meta-practice. It’s the one that is curious about what practices are in general, about what they can know, what they can do, what they want. It’s not a sovereign practice over the others. It works and plays between the others. Now might be the time to deploy it in two sorts of situations. One is specific to the pandemic and addresses the configurations of power, knowledge and exploitation implicated in its management and control. The other is more generally addressed to the shortcomings of everyday life that the pandemic reveals.

Mckenzie Wark (she/her) is the author, most recently, of Capital is Dead (Verso 2019) and Reverse Cowgirl (Semiotext(e) 2020), and teaches at The New School in New York City.