Dreams about Time by Adriana Zaharijević 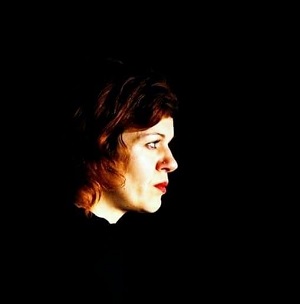 It might be that it is only now that I read what philosophers have to say, with some urgency, about the world. I read everything, from the invocations of the Mother Earth, from the types of ethical response to crisis, state of exception and bare life conspiracy theories, juxtapositions of freedom vs security, the “return of the history” claims, to endless ruminations on authoritarianism in the neoliberal guise. I read these pieces as if everything depends on that, devouring them. Obviously, I too seek answers.

Funnily enough, at the beginning I mostly enjoyed reading scattered thoughts about the Stoics, and how they, in one of the moments of the collapse of the world, saw it disintegrate in front of their eyes, unperturbed or forcing themselves to remain calm. We do not, however, live in the world that lets us stay calm. Hartmut Rosa wrote extensively on Beschleunigung, the endless acceleration, where everything outside and inside speeds up. In La lenteur Milan Kundera whispers: “Quand les choses se passent trop vite, personne ne peut être sûr de rien, de rien du tout, même pas de soi-même.” That said, the Stoics - whether slaves or emperors - could stop and think to make sure they are at least sure of themselves. Can we?

I explained my first brake-down to myself as an epistemic crisis. The past - the times when everything was as speedy as usual, at that moment behind me for just seven days - looked like a time that never belonged to me or anyone else who belonged to that time. The past appeared as a neat landscape which could be squashed with one turn of the kaleidoscope. Unaccelerated, I first felt I was losing time, that neat long way into today. All of a sudden it became clear that time depended on its hastening, on the pulling of the past experiences into the present, and trying to extend them, somehow, into the future. That is when another epistemic crisis hurled itself in. After some days of acceptance, in quite a Stoic manner, of the past as a solid and immovable landscape standing there still and irrevocable, the future loomed large. “The future”? What is a tomorrow or a day after tomorrow when there is no difference between days? When the days are edgeless? Not only that our Judeo-Christian notion of progression, which is a part of our bloodstream with or without a living God, Man and the Author, stops making sense - but the hollowness of our social and political time also becomes exposed. Bleak or bright prognoses notwithstanding, we are stuck in presentism. The present we count. We count seconds, minutes, hours (till breakfast, lunch, dinner, the next announcement, the next measure enforcing and furthering social distancing, the next call, the next positive message from someone we hold dear) as much as we count the number of the infected, the dead, the newly unemployed, those applying for loans. Day in and day out.

Perhaps we also wait. But waiting becomes increasingly hard with the decelerating of time. To wait is to project into future, to construct some end or some beginning. To stop, but for a time only. Without a foreseeable point in which waiting ends, it transmutes into an endless present. So we wait, because we still remember how to, from when the time was rapid. But will we wait in two weeks as well?

Corona seems to be all about the space - spatial distance, spacing ourselves (again) in our abodes, occupying space in hospitals or make-shift field hospitals (where there is often not sufficient space for everyone), being in (or removed from) the streets, fighting with ourselves and with the spring that invites us, almost subconsciously, to go out. I would argue that these concerns remind us of the plenitude, and provide us with what we begin to lack - a sense of before and after. Something that in our very accelerated world gave us surety.

What I learnt by far, valiantly facing my epistemic crises, is that we need to somehow invent time again. Philosophy might be of use in that venture, but poetry - re-learning to dream - does some work right away. If reality is at bay, dreaming might bring back some badly needed edges.

Adriana Zaharijević is a Senior Research Fellow at the Institute for Philosophy and Social Theory, University of Belgrade. Currently stranded at (or banished to) a flat at the fourth floor in Berlin, where she writes The Life of Bodies. Political Philosophy of Judith Butler. Fighting to dream about Belgrade and Warsaw.