The Virus and the Tree by Alexander Wilson 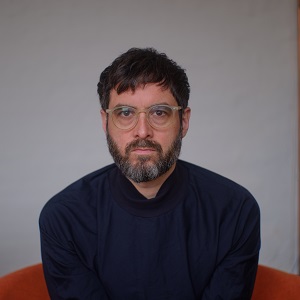 How does the parasite usually take hold?

It tries to become invisible.

1. From a biological perspective, humans inhabit the outer branches of the so-called tree of life; or, perhaps more accurately, a minuscule and most fragile twig, a freshly sprouted thorn.

2. This putative tree of life has traditionally been reserved for cellular life, and thus did not always include viruses. Viruses seem to maintain an existence between cellular life and non-life, or inert matter. Though mainstream biology now includes viruses within the category of life, their structures, their evolution, and their life cycles are still reasons to treat them differently from the cellular life that populates the tree, which infinitely ramifies from a single point, LUCA, the Last Universal Common Ancestor.

3. Through misleading concepts like the survival of the fittest, Darwin’s description of evolution by natural selection has so often mistakenly served to prop up a vision of life as driven toward higher perfection, with humans at its pinnacle, reflecting a certain sense of providential destiny that inhabits the Western Enlightenment. The misunderstanding still resonates during the COVID-19 crisis, for instance, in those calls to let the old die in order to save the stock market. Stephen Jay Gould warned that this persistent misunderstanding of evolutionary dynamics reflected a deep-seated finalistic faith. So often life, in its complexity and apparent irreducibility to mechanism, is held to be moved by some ghost, perhaps an élan vital, that gives direction to its otherwise meaningless evolution, drawing us teleologically toward De Chardin’s Omega Point, or, perhaps today, toward some inevitable technological singularity.

4. But evolution does not select the fittest. Successful mutants only satisfice environmental constraints. After Motoo Kimura, we know that so much of evolution happens through random drift, and that evolutionary bottlenecks imply contingent “copying errors,” which echo through the subsequent process.

5. Viruses are the most abundant life on earth and are nevertheless often not considered life at all. This is because the virus cannot reproduce itself, consume energy, or really do much of anything without first infecting and exploiting the mechanisms of a host cell. During the eclipse phase of its life cycle, the virus dissolves into bits of nucleic acid codes and packets of protein. The parts disperse within the host, exploiting its internal mechanisms to start reproducing the packaged “Trojan horse” structure of the viral particle.

6. Since the virus “becomes invisible,” and disappears during its eclipse phase, we have tended to overemphasize its inert and observable viral particle phase. But it is precisely when it disappears into the cell that it really comes alive, through a division into parallel functions and faculties.

7. Biologists figure that if viral evolution shows a slight trend toward higher complexity over evolutionary time, we should expect that viruses descend from archaic pre-cellular life. But if we find that they evolved to become simpler - even if only slightly - and exhibit a tendency to shed layers of tissue structure over evolutionary time, it is an indication that they descend from parasitic cellular organisms that, at some point, found it advantageous to rid themselves of their cellular membranes in order to gain better access to the internal workings of their hosts.

8. There are examples of viruses that maintain what appear to be remnants of ancestral membranes. We also increasingly discover ancient giant viruses (such as the ones today being released from our melting permafrost after millennia), which have their own translation machinery, a characteristic traditionally thought to be unique to cellular organisms. For these reasons, some biologists, like Claudiu Bandea (2009), think viruses descend from parasitic cellular ancestors who progressively lost their membranes.

9. Amadoro et al. (2019) offer a similar explanation for why the octopus is so smart despite lacking sociality and a long lifespan. Smart animals, like dolphins and chimpanzees, are usually social and reserve a longer development period for their young. But not the octopus. Its intelligence is instinctive, distributed through the neural circuits in its limbs, and does not depend on the cultural substrate. The authors propose that this is because the octopus lost its shell.

10. Cephalopods emerged when some mollusks learned to repurpose their shells as floatation devices, by blowing them up with gases. Divergent evolution may have then led the nautiloid’s shell to become a disadvantage, perhaps when large fish appeared on the scene. To escape them, cephalopods progressively started swallowing up their inflexible shells, absorbing them into their flesh: creatures like cuttlefish appeared who internalized their shell as a cuttlebone, which they still use for buoyancy. The squid still has a remnant of its lost shell: the gladius. Octopuses almost completely lost their internalized shell, but it is still faintly echoed in their stylets.

11. The octopus lost its shell. And thus its intelligence, its complex and distributed nervous system, may have emerged as a desperate evolutionary compensation for this lack of protection, this exposure to the outside.

13. As soon as there were celled organisms, some of them were critically dependent on others. The survival of these cells thus depended on their successful response to the natural selection exerted by their hosts, who had become, in effect, their environments. In some cases, convergent, symbiotic evolution took place, like the absorption of mitochondria into the eukaryote. Mitochondria were also, like the ancestor of the virus, first foreign cells that attached to hosts, but where the hosts integrated them as part of their function. Similarly, the vast majority of the viruses we live with are benign to us, they move in an out of our bodies, we have integrated them as parts of our immune system, as endogenous retroviruses, derived from ages of infection by a viral evolution that has continually reshaped our genomes. This is why we can estimate the age of viral species by tracking their markers through the branches of the tree of life.

14. But in those regions of this fractal space of evolutionary possibilities where divergent evolution takes place, and where a host begins to change and a parasite is forced to keep up, it may become advantageous for the parasite to start loosing its membrane, such that it injects a progressively more streamlined version of its reproductive strategy into the host, perhaps in last ditch efforts to adapt to a rapidly changing environment. And it is thought that this may have happened, not just once, but many times in the evolution of life, that new viral lineages may emerge every time such an evolutionary bottleneck is transgressed by a parasitic cell, even today.

15. By loosing their membrane, viruses cross a reductive evolutionary bottleneck, and drop out of the tree of life. Beyond this threshold, a slight bias toward lower complexity is reflected throughout the virus’s diffusion into this negative space, between the branches of the tree of life.

16. In Gould’s rebuttal of finalism, he offered a deflationary account of why life, from our perspective, seems to evolve from lower to higher forms of complexity. There is a lower bound, he said, a minimum level of complexity required for life to exist. This lower bound, this “left wall” of minimum complexity, introduces a faint bias into the subsequent process, such that life, on average, evolves ever so slightly into more complex forms of organization, even though the vast majority of biomass on earth is comprised of bacteria.

17. But the virus’s reductive evolution complicates this picture. If the reductive model is correct, having dropped out of the tree of life, viruses find themselves slowly drifting toward the other end of the spectrum. Their evolutionary bottleneck, their “left wall,” introduced an opposite bias into their evolution, such that they exhibit a slight tendency to shed layers of complexity, and perhaps, therefore, an increasing need to exploit an ever-expanding outside.

18. Some imagine viral evolution as a vine that wraps around the tree of life. Invasive vine species are known to strangle forests to death.

19. Ecological thought has traditionally demanded a “return to nature”. But COVID-19 signals that such epidemics and pandemics may increasingly occur, not because we have left nature behind, but on the contrary, because of our ever-increasing proximity with it. We are also known to strangle forests to death.

20. This proximity is also manifested in the very decoding and instrumentalization of nature that is our only real defense against COVID-19: drugs and vaccines. And through this decoding, humans, like viruses long before us, have also entered the negative spaces between the branches of the tree of life, by blurring the distinction between them. The late Freeman Dyson (2019) warned that: “In the near future, we will be in possession of genetic engineering technology which allows us to move genes precisely and massively from one species to another. Careless or commercially driven use of this technology could make the concept of species meaningless, mixing up populations and mating systems so that much of the individuality of species would be lost.”

21. What did humans loose in the process of hominization? No doubt our ancestors also survived evolutionary bottlenecks, as revealed by the fact that genetic diversity is very low in humans. This implies that if our technosphere were to collapse, we would have little chance to keep up with the rapidly changing circumstances by genetic selection alone, that is, by quickly drifting into postmodern-human hominins. It would seem that we have traded off biological variability and organic plasticity for a cultural and technoevolutionary variability. Our continued evolution depends on the technosphere.

22. Did Prometheus, in the old myth, not steal fire from the gods because Epimetheus had left us defenseless and, so to speak, shell-less? Does forethought and intelligence not always come as a compensation for the abandonment of one’s protective boundary, in one way or another? All regret concerns nostalgia for the origin, a wish to go back and do things differently, perhaps to recede back into the womb, before we hatched. And equally, the hubris of forethought is eternally punished: the promethean decision leaves our innards exposed, such that our livers are ravaged by scavengers. COVID-19 reveals this to all, as we withdraw into our homes, like mollusks into theirs shells, and wait for the technology.

23. But then is our mnemonic exteriorization, our technosphere, not a supplemental, artificial shell? Indeed, as Darwin already observed, civilization seems to suppress the effects of natural selection on our evolution, because we “do our utmost to check the process of elimination; we build asylums for the imbecile, the maimed, and the sick; we institute poor-laws; and our medical men exert their utmost skill to save the life of every one to the last moment.” (Darwin 2009 [1871], 168)

24. As we transition from biological to cultural evolution, we also replace natural selections with artificial ones. In a sense we are to the technosphere what viruses are to their hosts: we are techno-parasites. We must follow it wherever it goes, forced to adapt to its divergent evolution.

25. There is nothing in this drama that suggests we should seek ways back to nature, whatever that would mean, or back to some mythical form of sustainable nature-culture balance, if that were somehow possible. Nor, for that matter, that we are on a specified course, progressing toward an inevitable finality. These are transcendental illusions, structural temptations or attractors for our desperate intuitions. On the one hand, the past always resembles a tree; that is how we are forced to construct it when we follow the lines of explanation back to the origin. On the other, our biologically conditioned biases inevitably infect all prognostic thought. Our just-so stories become self-fulfilling prophecies that control us, as if retroactively, from the future. But this Novel Coronavirus seems to want to say that in fact there is no tree and no Omega Point. Everything is undecided.

Alexander Wilson is author of Aesthesis and Perceptronium: On the Entanglement of Sensation, Cognition, and Matter (University of Minnesota Press, 2019). He lives and works in Berlin, Germany.