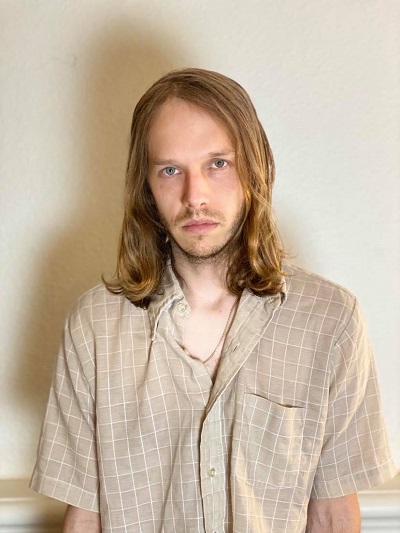 If we’re approaching a new world, then I’d leave the last behind. I joked recently that if your sense of being is derived from cheap pleasures like corporate rave-culture and boutique wine bars, then the unprecedented lack of consumer viability is bound to be maddening. Many have lost their strip clubs, brunch, college, malls, and thus, any sense of purpose or belonging in this world. The economy doesn’t produce the things that people desire, it produces desire itself. Does the preservation of life devoid of expansion/unclaimed space seem like enough to justify its own existence? The operational chains of civilization seemed to function on a mechanical level, but with the underlying suspicion that they’re buttressed by military power and market-illusion participation.

For some reason I find myself wanting to give myself; turn this period into a sacrament of sorts, partake in the eternal-return, indulge the rapture of transcendental pain. I’ve found myself not only unafraid, but less-afraid than I can ever remember. As Nina Power questioned, “Are you afraid to die? I don’t want to die, because I got my life back, but I am not afraid to die, because I got my life back.” Corona basically sunk the film I was working on, the one I put my life savings into. I listen to Navy Seal David Goggins audiobook You Can’t Hurt Me on walks. I feel motivated by the cosmically improbable existence which I feel indebted to lose in the first place.

When a virus is denied hosts, it can undergo the process of “Selective Pressure.” If the virus is free to infect person to person, it has little or no need to mutate or potentially suture itself to an Avian strain. COVID has its own will to (half)life, it’s an extraneous non-human agent that exists outside of dialectical synthesis. COVID is nature as nature is, deaf/dumb/and blind, another reminder that history will never end on human terms despite what Hegel suggested. Alexander Dugin referenced Corona as the Cthulhu/Hyperobject on his Facebook page, his take was interesting. Corona can only process pressure and verticality through expanding lurid causal phenomenon.

It’s been a lot of fun wandering around Los Angeles in its current state of desolation. On nightwalks it’s as if I’m viewing the topology and cityscape with virgin eyes. I pretend I have Neo-Noir Night Vision Goggles that put me in the place of Raymond Chandler, James Elroy, or Walter Mosley, become a detective in the absence of a solvable crime. To finally see the city I grew up in without the hordes of yuppie douchebags and strivers in God knows how long, in their absence, a breath of new life. “Oh my memory, oh my memory... serves me far too well” - George Michael, “Waiting for That Day.”

The abandoned space of the deserted city has given me a desire to rebel, a latent impulse to just “act out,” because through space, you can. In my teens I did graffiti off the 405 freeway, in yards, skid-row, because space permitted clandestine illegal activity. Communal acts of vandalism became our universal gatekeeper. At times we create our own stress in order to secure the bonds of cooperation; a bond with others. In that case, that bond was a graffiti crew. Some say the Bloods and Crips originated in Los Angeles because the sun always shines here. Since there is effectively no nature to fight in Los Angeles, we’ve turned towards more creative ways of exhausting our surplus energy (social climbing and gang-banging).

“Cancel Culture” feels like a bad trend that went out of style decades ago. Nature and history have taken the place of surrogate concerns, and overnight we’ve been launched into a new plane of cooperation through collective isolation. Past bouts of severe depression from failed love experiments seem to have been wiped from my memory completely. As Jonty Tiplady observed, “It is impossible not to notice that an unprecedented wave of cultural moralism happens to have coincided with a wave of extinction events. Ironic Cancellism is the nihilistic hypothesis that it’s basically okay to punish the (hypothetically well-chosen and ‘toxic’) other because of constraints in time and space.”

The impulse to act out of the assumption of a Heaven’s End, the notion that we cannot end because we are “ending” itself. The psychosis of those bound merely to crumbling civilities and social codes, the only reason they keep their façade of good faith is to mediate the occasional transaction with the Amazon Prime delivery person or Uber Eats. This is the ultimate deficit of faith and the assumption that there is no epoché beyond and there could never be one.

And so the shattering of moral-givenness turns even the most mild-mannered into polemics. The university-educated fight over toilet paper at the supermarket as if wiping your ass will somehow save your life, as if they would even know the difference. And so this corpo-reality, the monopoly over truth procedure, has been turned on its head. Make way for the new American Hipster Civil War. As Mühlmann also noted, “the goal of civilizing influence is the creation of egoistic cooperation... a strategy which could lead to this goal being the inhibition of cultural narcissism.”

I do have some recurring obsessions. One is a musical performance out of the back of my 1986 Toyota Tercel, played through portable guitar amps and car speakers, fire circles drawn with alcohol, pistols, and an internet livestream somewhere near the LaBianca house or beneath a concrete bridge embankment. Both a ritual and rebuke of the powerful Corona Gods and those who fear them. Another thing I keep telling myself is that “when this is all over, I’m moving to New Mexico and opening a gun store/bookshop/degenerate art gallery.”

Barrett Avner is a musician and theorist based in Los Angeles. He currently co-runs Contain, a CD-R label, visual platform, and podcast dedicated to triangulating margins of culture and political thought.