On the Philosophy that Should Not Be by Fabio Gironi 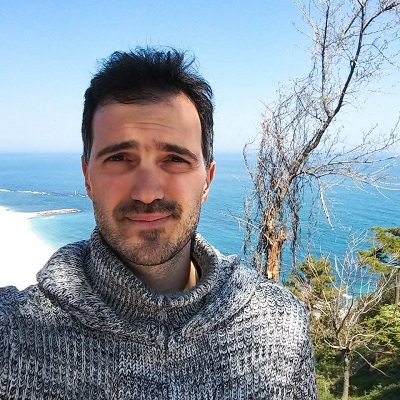 I hesitated to accept Katerina Kolozova’s and Stanimir Panayotov’s invitation to write a short contribution for Identities. Not only have I have recently announced - in a more public way than I initially envisaged - my permanent withdrawal from both academic philosophy and the publishing world, but I also used some rather strident words to denounce the meaninglessness of some “COVID-19-prompted interventions” published, in the last weeks, by far more academically glamorous intellectuals than myself. Since I stand by both my decision and my opinions, for me to start pontificating about my intellectual reaction to the current crisis would be inconsistent at best. But the unexpected coincidence - and indeed what I have experienced as the mutual reinforcement - of these two biographical watershed moments perhaps can help me better articulate a conviction of mine that, in another context, has been polemically described as anti-intellectualist.

Although philosophy seized my imagination and flattered my over-inflated teenage sense of self-worth only relatively late in life (as compared to many colleagues of mine), I believe that the roots of my opinions about what philosophy should be can be found in a much earlier episode than my 18 year-old infatuation with Plato’ Symposium. As an avid science fiction reader since childhood, one of the books in the genre that shaped my mind was A.E. Van Vogt’s The Voyage of the Space Beagle, a 1950 classic of the so-called Golden Age of classic sci-fi. Of course, there were the monsters: the dangerous alien creatures encountered by the crew of the scientific expedition, and that wrought havoc aboard the spaceship. I loved reading about morphologically and psychologically alien beings, but what really made me come back time and again to that novel was its portrayal of human interactions. Van Vogt envisioned the pioneering spaceship’s human crew as composing a sort of micro-university, divided in "departments," whose directors had more prestige the greater the importance of their discipline. Much like present-day academia, the coexistence and collaboration of these intellectuals - from the arrogant chemist to the demur archaeologist - is portrayed as far from smooth and pleasant. Power games run below the seemingly cordial surface, even (or indeed especially so) when facing the alien existential threats. The protagonist of the story, Eliot Grosvenor, is a young academic underdog, the sole member of the expedition trained in a new (and fictional) discipline, called Nexialism. Van Vogt offers a few explanations of what Nexialism is supposed to be, the most synthetic of which describes it as “the science of joining in an orderly fashion the knowledge of one field of learning with that of other fields.” While at first derided for being a purpose-less generalist, Grosvernor slowly gains the trust, and the respect, of his more prestigious peers by offering ingenious solutions to face moments of crisis, synthesizing the discipline-bound suggestions of other specialists into coordinated and effective insights. The un-specialised generalist turns out to be the hero of the story, and by the end of the book his seminars about the core tenets of Nexialism will attract all of the ship’s big names.

Although, with hindsight, Van Vogt’s employment of this fictional discipline suffers from a very specific late-1940s kind of naïve, universalist scientific optimism (and is grounded in the somewhat cult-ish idea of a “Nexial Foundation,” training students by means of mind-machine interfaces facilitating quick-learning), eleven-year old me was profoundly fascinated by the possibility of such an holistic approach to reality, by the idea of being trained to see at once all the facets of a complex situation, by the superiority of conceptual engineering over canonical, “bookish” knowledge (in my childhood imagination - and coupling two of my heroes - Grosvenor was a MacGyver of ideas). When, a bit later, I discovered philosophy, I understood it to be “kind of like Nexialism.” Doubtlessly, this is the same kind of fascination that, much later in life, made me gravitate towards Wilfrid Sellars, his unashamedly (and somewhat anachronistic) systematic philosophical ambitions and his regulative ideal of a synoptic vision.

In brief, ever since my childhood readings I’ve nourished the core belief that a philosopher should be a coordinator of knowledges, a pattern-discerner, someone who’s trained to avoid the complacency of dogmas, not to see reality through the polarized lenses of a single set of conceptual coordinates but rather elaborating new information in a dynamic and plastic way, free from prejudices. But patience and humility are basic conditions to perform this role. If unconstrained, or rushed, conceptual creativity amounts to nothing but empty theory-crafting. There is no philosophical hot take, by definition. For philosophy (aside from the most abstract metaphysics) has no “raw material” to base its speculations on, but it rather relies on the data delivered by the sum total of human scientific knowledge. And the variety of relevant intellectual disciplines that are today examining the current crisis are struggling to make sense of it, even when approaching the problem from their own, circumscribed domain of competence.

To say that we are living a multifaceted crisis would be an understatement. It is obviously a medical science crisis, straining our current-best understanding of viral behavior. It is a healthcare crisis, which should lead us to reconsider the political and economic attention we’ve so far given to our national healthcare systems, particularly for what it pertains to the care of the elderly. It is an economic crisis, an unprecedented stop of the global productive machinery the effects of which nobody can completely predict, and once again questioning the sustainability of global capitalism. It is a social crisis, highlighting the gaps that divide social classes in terms of access to healthcare and personal freedoms. It is a psychological crisis, forcing millions of people worldwide to be locked in their houses and in their heads, shouldering the burden of a crippling anxiety about the future (or perhaps even fighting alone their own demons and pre-existing mental illnesses) as well as isolating children, for whom frequent social (and physical) interaction is a condition for a healthy development. It is a technological crisis, demonstrating how many countries’ data communication infrastructure is far from ready to offer internet access to everyone, something that now as never before in history is being perceived as a basic need, on par with access to electricity and running water. It is a logistical crisis, for both the spread of the virus and the consequent lockdown have highlighted the problems that accompany the constant movement of goods and people across the globe. It is a political crisis (both at the national and at a global level) since the governments of most countries have proven unable to offer a convincing, effective, and unitary response to the crisis, almost invariably failing to quickly adopt containment measures, and since it is putting to a hard test political and economic international agreements, ill-equipped to truly face a global emergency. It is a democratic crisis, since the current lockdown status quo raises questions about if and to what extent democratic countries have the right to curtail personal freedoms in the name of public health (or indeed if a democracy is at all able to deal with the problem), and since the state of forced captivity in which many are living is causing the emergence of selfish, illiberal and intolerant sentiments. It is an educational crisis, for our school and university system was never designed around the remote delivery of knowledge, and both teachers and students are struggling to adapt to the constraints they have to deal with. It is (the symptom of) an environmental crisis, where the emergence and spread of these new viral strains is facilitated by the unconstrained anthropic modification of animal environments. I could go on indefinitely with this list, as there is essentially no domain of human activity that wasn’t (or will not be) touched by the consequence of this global viral outbreak.

The point I want to get across is that if the staggering complexity of this situation - by which I mean its dynamical evolution and its multi-dimensionality - cannot be captured by this or that scientific or humanistic discipline, it certainly cannot be explained, right now,  by any set of pre-conceived philosophical ideas. Nor should philosophers rush to offer their interpretation (or, worse, an “I told you so” take) of such an unprecedented predicament, one that has fully emerged barely three months ago and that is still in a constant state of flux. Patience and humility reward the philosopher, the pattern-seeker, who intends to offer a synoptic interpretation - and guidelines on how to achieve the best outcome - of the current crisis. Philosophy is often conceptually urgent: that is to say, it helps expose dangerous contradictions, it highlights dimly-lit conceptual connections, it reveals unexamined presuppositions, and it proposes possible futures (or so it should). It is very rarely - if ever - temporally urgent in the sense that one must rush to publish one’s opinion piece, lest society should fall into disarray, orphan of proper philosophical guidance. Although I staunchly defend philosophy’s independence from naively utilitarian considerations (i.e., philosophy should not be about the useful), philosophers should always ask themselves: “what is the best way for me to put my expertise at the service of society?” (i.e., philosophy should try to make public use of its tools). Sometimes, like Grosvenor, when faced with a crisis, it is better to hold back, listen, gather data, and make the effort to let the facts shape one’s conceptual structures, rather than the other way around.

This is not going to be the last pandemic we will have to face. Indeed, perhaps we should be grateful that the first such crisis has put us against a highly-contagious but relatively unthreatening virus like the SARS-CoV-2. The reconstruction phase will be long and taxing, but it should aim at rebuilding a different world, better equipped to face the next crisis. There will be plenty of time for philosophers to offer their contribution towards the shaping of such a future.

Fabio Gironi was trained as a philosopher. Now he's a translator, an unsolicited opinonist, and a sailor. He still believes in philosophy although he spends most of his time badmouthing it.