Return to a New Normality? Challenges of the Post-Pandemic Era by Antonis Galanopoulos 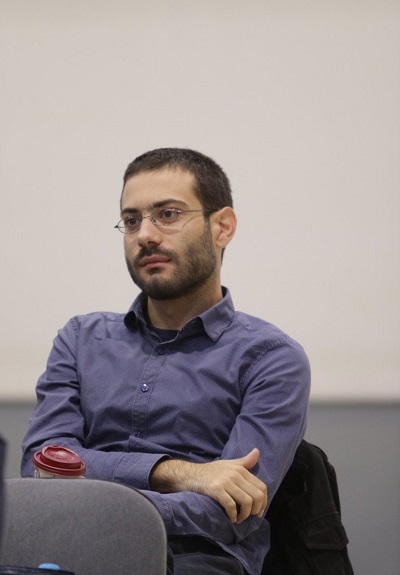 As countries around the world begin contemplating the end of lockdown measures, the question of the post-pandemic era arose recently in the press. The most commonly mentioned slogan to signify this new era is the “return to normality” or, even more provocatively, the “return to a new normality.” How can one return to a place where s/he was not before? This paradox, the return to something new, has significant theoretical implications that this commentary would like to address.

Relevant reports have been increasing in the media during the last days. The more the debate on the next day deepens, the more we talk about the lost normality, the quest for normality, or its new version. An article published in The Atlantic analyzes the four possible timelines for life returning to normal. The last phrase of the article stands out: “life would be back to normal - though at the same time, completely changed.” Foreign Press published a piece entitled “The Normal Economy Is Never Coming Back.” The author, Professor Adam Tooze, argues: “We may hope that things will ‘return to normal.’ But how will we tell? After all, things seemed normal in January, just weeks before the world stopped. If radical uncertainty was a concern before, it will now be an ever present reality.”

In conditions of crisis, of instability, when society is moving in uncharted waters, the desire to return to a form of social - or even political - normality is understandable. This desire from below is the one that makes “normality” a powerful signifier with popular appeal. However, the above excerpts clearly show that this “return to normality” never refers to a restoration of the status quo ante. It hides the productive nature of power that is inherent in the constitution of normal; what Canguilhem and Foucault called normativity. Normality is constructed through the power of norms and rules, through the intertwined nexus of power and knowledge that manages to fix the meaning of normal in a specific era or society. A process similar to the establishment of a “truth regime.”[1]

At the same time, crisis events, like the current one, show not only that the “new normal” is not something normal, in the sense that it is not natural, self-evident or necessary, but the same is true of what we previously considered normal. Nothing made it normal in the first place beyond its imposition and/or its acceptance. This is the significance behind the question of Adam Tooze mentioned above: “But how will we tell?” Normal is not to be found somewhere out there. It is declared. And of course, then it is imposed and reproduced. Following the classic quote of Carl Schmitt, we could say that the sovereign in not only the one who decides on the exception but also the one who decides on the normal. These two decisions could be the two faces of sovereignty.

Normality is a contested concept. Even nowadays, within the context of the COVID-19 pandemic when everyone dreams the return to normality, there are critical voices that seriously challenge this idea. Political theorist Wendy Brown commented ironically this ubiquitous desire to return to normal - “the normal of clogged highways, filthy air, meaningless work, disorganized health provision, mindless consumption, bulging prisons, abandoned homeless populations, siloed knowledge practices, growth-based economies wrecking the planet, stratification and abjection across race, class, gender and hemisphere, and overpaid masters of the universe returned to their thrones.”

Franco Berardi, Italian philosopher and activist, responds unequivocally in his "Diary of Psycho-deflation” that normality should not return. “Normality is what made the planetary organism so fragile and paved the way for the pandemic, to begin with … Returning to capitalist normality would be such a colossal idiocy, we would have to pay for with an acceleration towards extinction,” he writes emphatically.

Berardi’s stance reminds us of the viral slogan during the recent social unrest in Chile: “We will not return to normality, because normality was the problem.” The slogan was one of the most creative forms of resistance of the movement, which tried to undermine the nodal point of the mainstream discourse that the government was articulating against them. Each crisis can generate potentially its own discourse on “normality,” attempting to impose the suffocating limits of the “masters of the universe” upon the critical thinking and the consequent search for alternatives. Ian Manners[2] claimed in his analysis of norms in world politics that “the ability to define what passes for ‘normal’ in world politics is, ultimately, the greatest power of all.”

The discourse that attempts to define what is normal or to establish a new order that should be perceived as normal aims at shaping the potential range of acceptable discourses and actions. The new biopolitical condition of our era that is characterized by the introduction and expansion of new, and technologically advanced, dispositifs of surveillance and discipline of the population, on one hand, and by a discourse that attempts to redefine the new social “normal,” on the other, can potentially create new modalities of subjection and subjectivation, shaping both collective and individual subjectivities.

As Ernesto Laclau[3] argues, in a situation of a radical disorganization of the social fabric people need an order. This means that the dislocation will lead to a new social and political re-articulation. Various political forces compete in their efforts to carry out this filling function, Laclau continues. This translates into the antagonism of various discourses articulated around different nodal points to hegemonize the public sphere. “Normality” can be such a nodal point.

Thinking together the insights of Foucault and Laclau, we are faced with another paradox as “normality” has at the same time an elusive meaning and an authoritarian core. The meaning of normal can indeed be re-articulated but once it is fixed it constitutes the basis of various mechanisms of normalization. Queer studies have criticized extensively this negative dimension of the “normal” that requires and imposes compliance.

Today, on the eve of a new era of the post-pandemic world, critical thinkers and social movements should struggle against the restoration of a normal that did not meet the needs of the many and against the imposition of a new normal that could be even worse for the social majority. Even more we should continue to problematize and deconstruct the very notion of normal itself in our respective disciplines, in our research and in our everyday discourse.

Antonis Galanopoulos is a PhD candidate at the School of Political Sciences, Aristotle University of Thessaloniki.